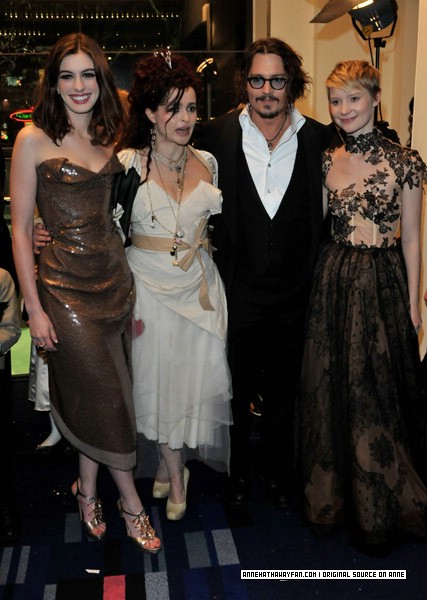 The official date for the Worldwide premier of Alice in Wonderland is March 5 2010, but this February 25 was held the special “Green Carpet” premier in London. No red carpets were used, just a green one surrounded with green pine animals, like the ones that appears in the gardens of Wonderland. The event was very high class, even the Royalty was present.

As a normal day in London, the rain was also present in the event, together with the Prince Charles and Camila. WE GOT THE IMAGES !!!!!

Video of Alice in Wonderland’s Premiere

This is the most complete video covering the event. A good quality of image shows us that green carpet and all the celebrities that were present in the event.

The best dressed of all for me was without a doubt, Mr. Johnny Depp.
The strange WTF wasn’t Helena Bonham Carter’s look but the actress that played Alice, Mia Wasikowska, I don´t know why in her biggest night, when she has to shine as the main character of this crazy movie, she decided to look like a boy and cut her hair like so. Her dress is awesome but her hair is ugly in that way. Perhaps is something related with a new film, who knows. 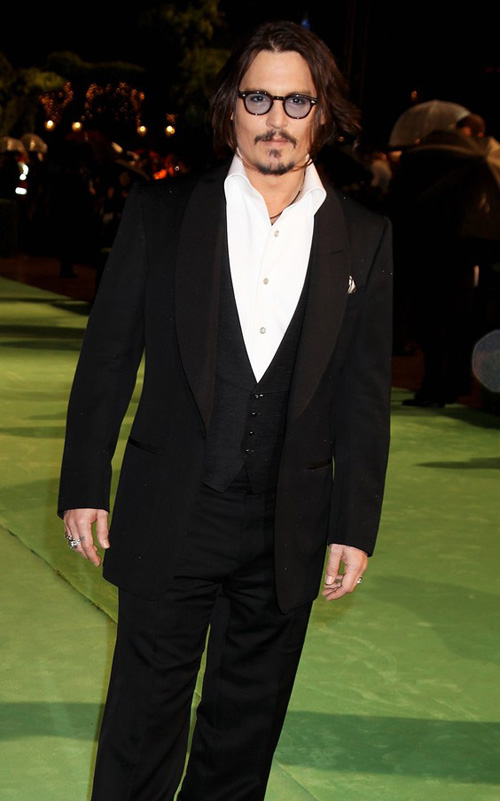 Johnny Depp (Mad Hatter) was very elegant. I like his style. He was also very polite with his fans and was signing gently some autographs. 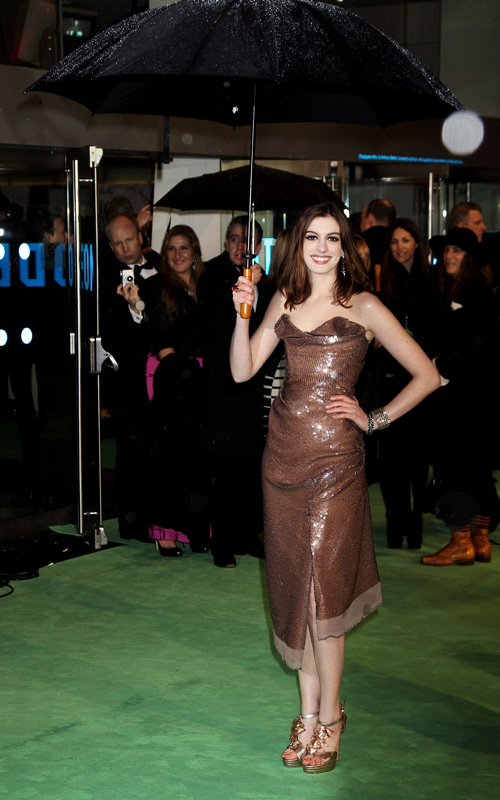 Anne Hathaway (White Queen) was with a dress with high glamor and fashion. It is a design Vivienne Westwood, her shoes were Casadei. 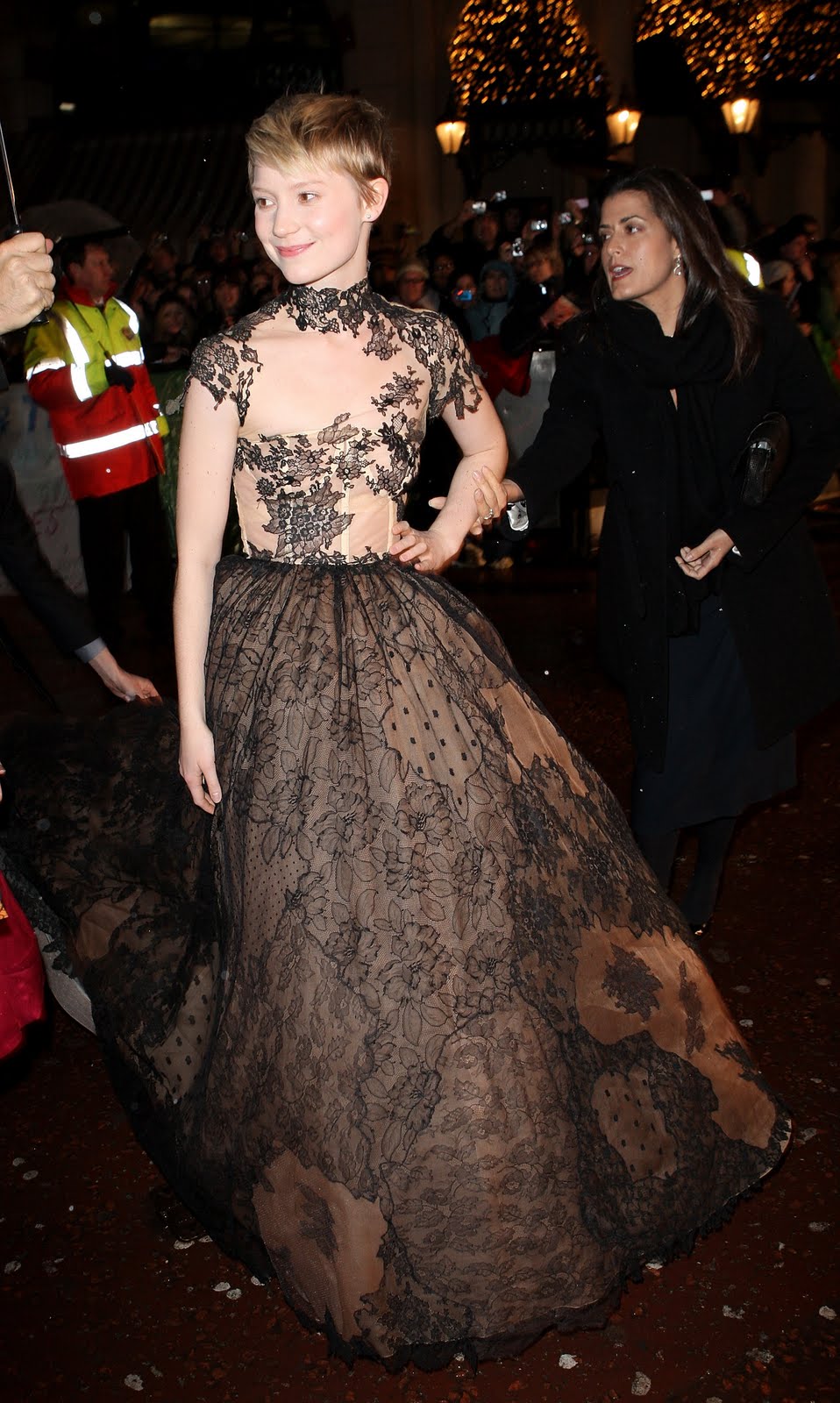 The Australian actress Mia Wasikowska (Alice) was under a extreme change of look. Her dress is a Valentino.

This is the video of Mia Wasikowska arriving to the Alice in Wonderland Premiere. A lot of cameras wanted her photo. 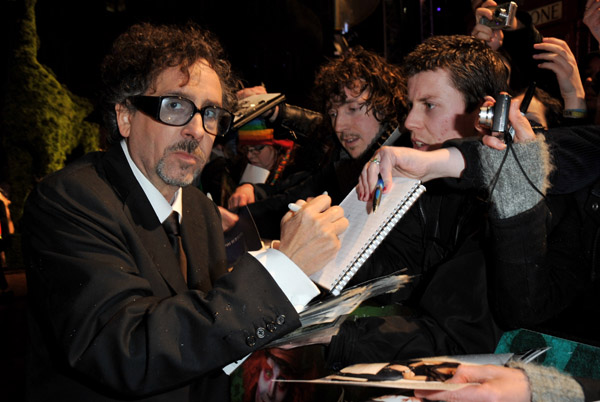 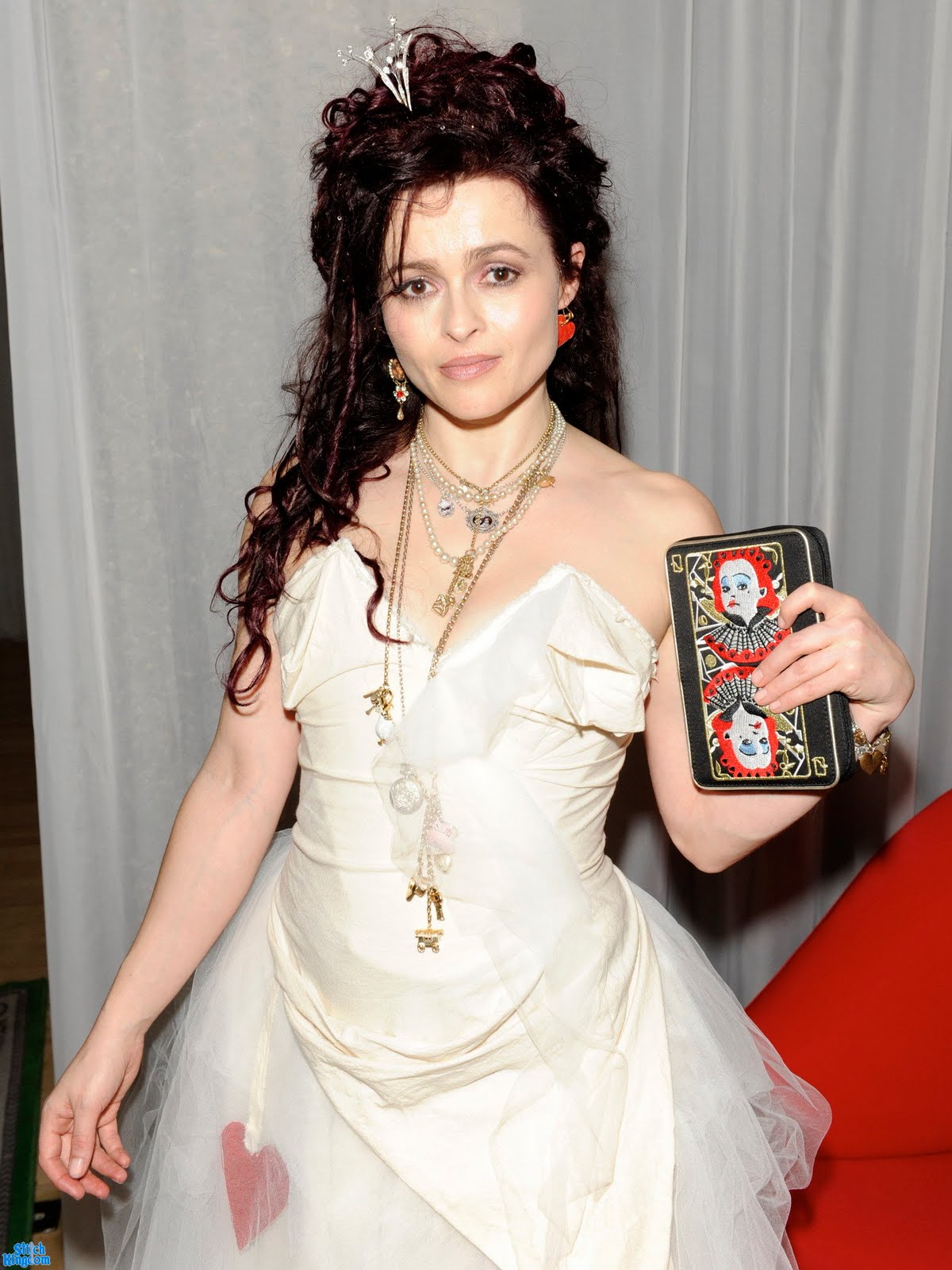 Avril Lavigne at the Alice in Wonderland Premiere

The soundtrack’s singer, Avril Lavigne was dressed with a black Dolce & Gabbana dress, and a collar of Phillips SJ.

He is the blue caterpillar in the movie, a perfect role for his elegance and personality. He seems to be with a red tan in his face.

Crispin Glover at the Alice in Wonderland Premiere

The actor Crispin Glover played as the Knight of Hearts, The Red Queen’s right hand.

In hits video we can also see another invites, such as actress Lily Cole (Imaginarium of Dr. Parnassus), Sharon Osbourne, The Prince of Wales and The Duchess of Cornwall.

More videos of the event 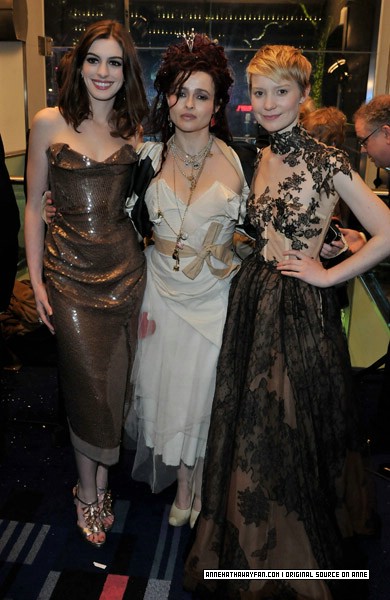 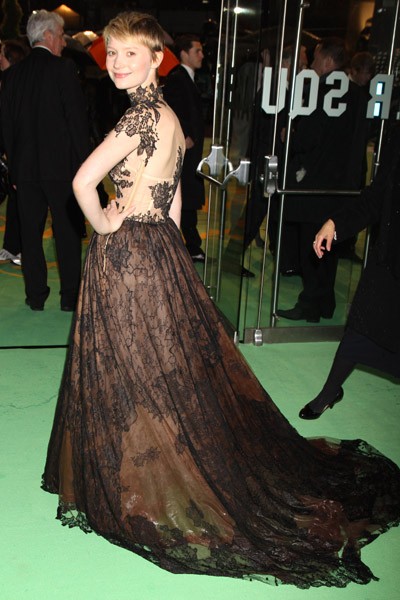 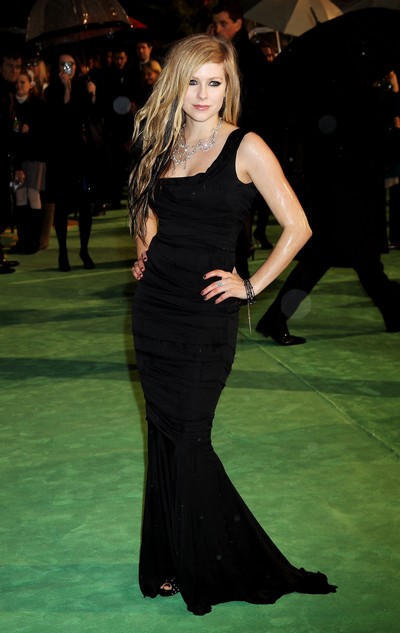 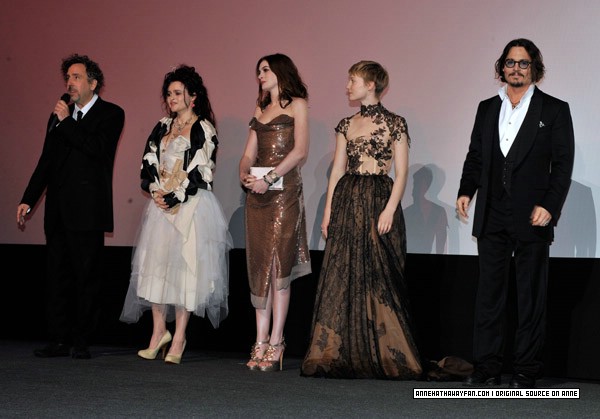 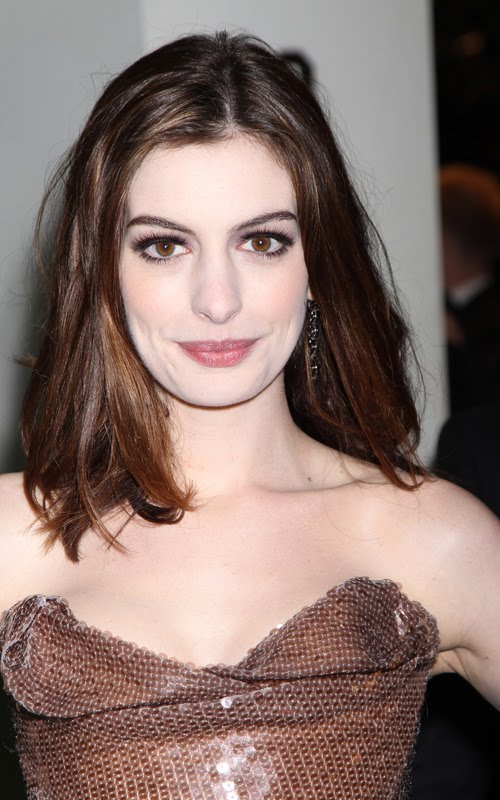 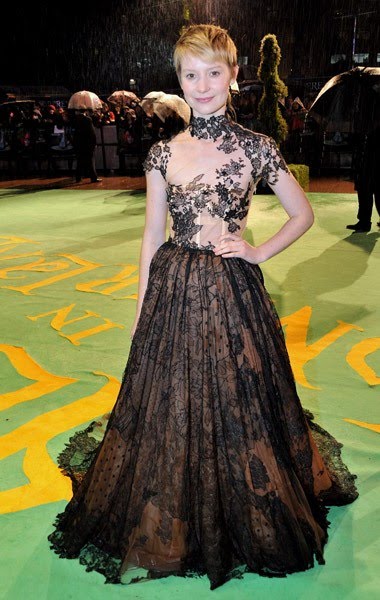 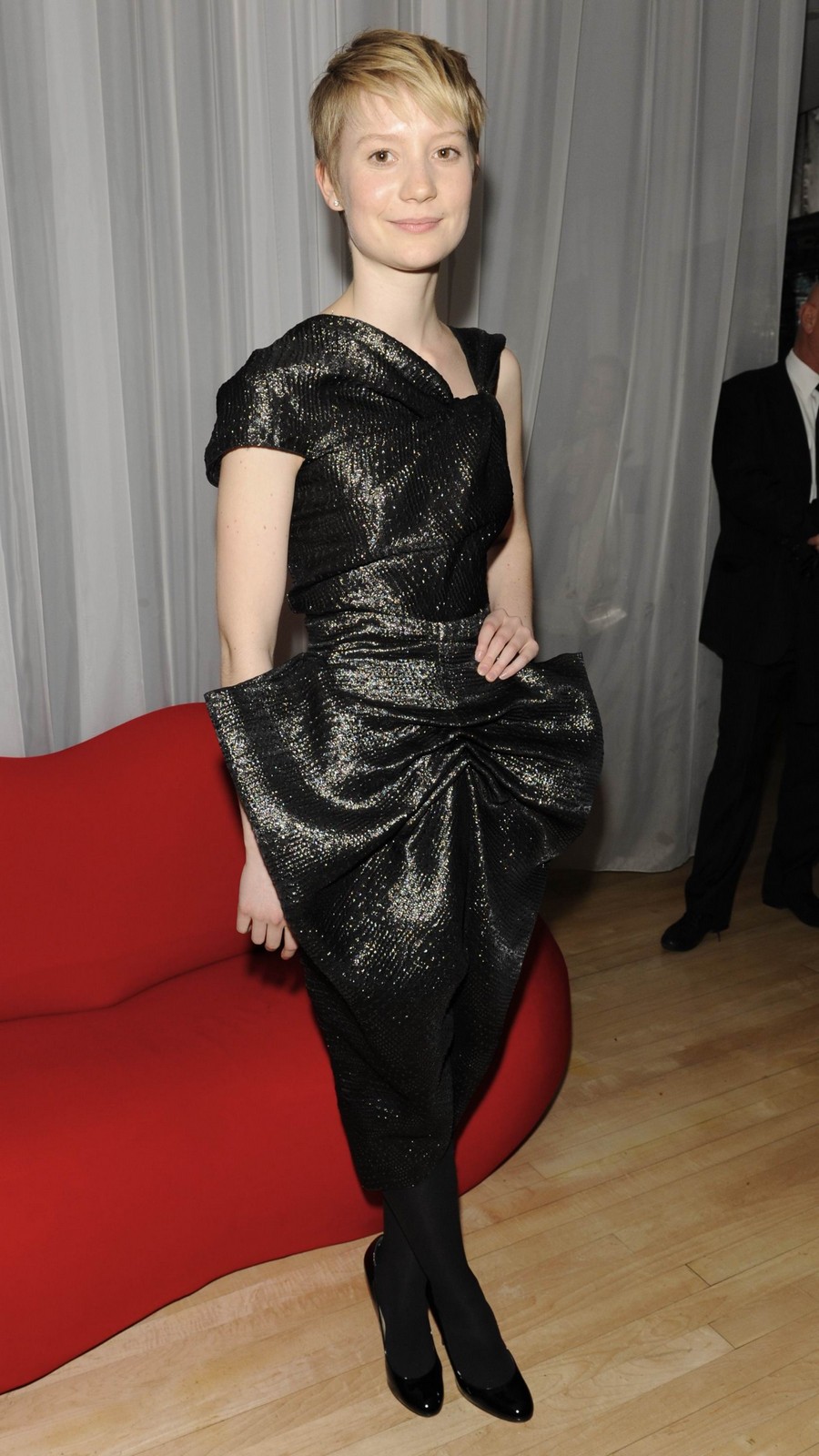