Photos of the Earthquake in Maule Chile of 8.8 grades An earthquake of magnitude 8,8 grades in the Richter scale struck the Central Region of Chile, the epicenter was in Maule, near Talca. This happened today February 27, 2010 in the morning. There are hundreds of killed people, several building have been destroyed, as bridges and highways.

The earthquake also triggered a Tsunami which is right now propagating across the Pacific Ocean, due to arrive in Hawaii in hours (around 11:00 am local time). The severity of the Tsunami is still not known, but alerts are being issued across the Pacific.

The photo is from the city of Santiago, the Metropolitan region was affected by the Earthquake.

Santiago de Chile, 325 Km from the earthquake’s epicenter has a lot of cars twisted upside-down over the streets as a resulto of the destruction of some highways.

Possible Tsunamis in the Pacific Ocean

The Pacific Tsunami Warning Center is alerting 53 countries for a possibility of several Tsunamis as a repercussion of the Chilean Earthquake.

Hawaii is under a Tsunami alert.

Technical data of the Earthquake in Chile

Photos of the Earthquake in Chile

Collapsed buildings, rubbled bridges and highways are the result of this strong earthquake. 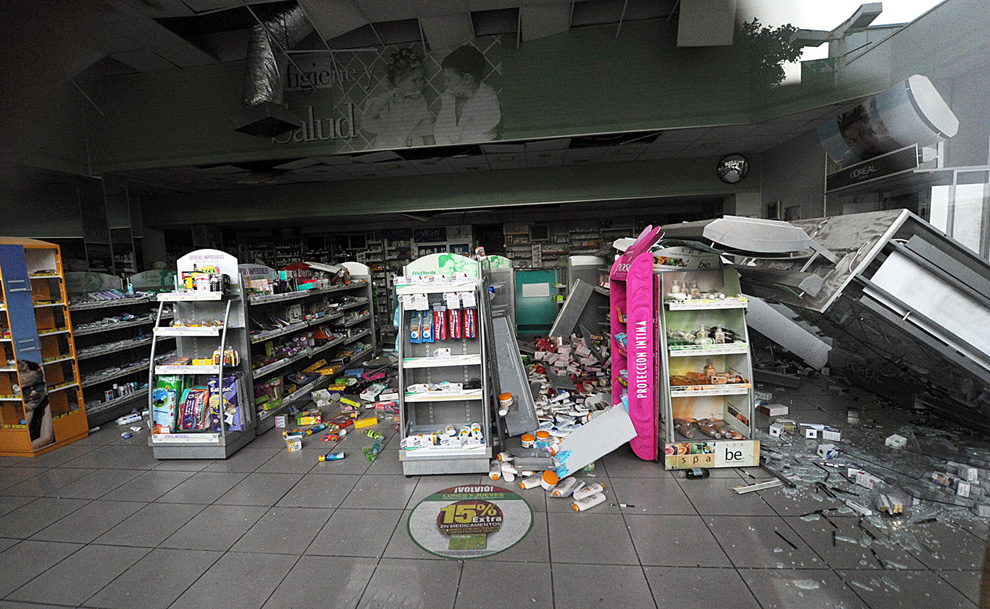 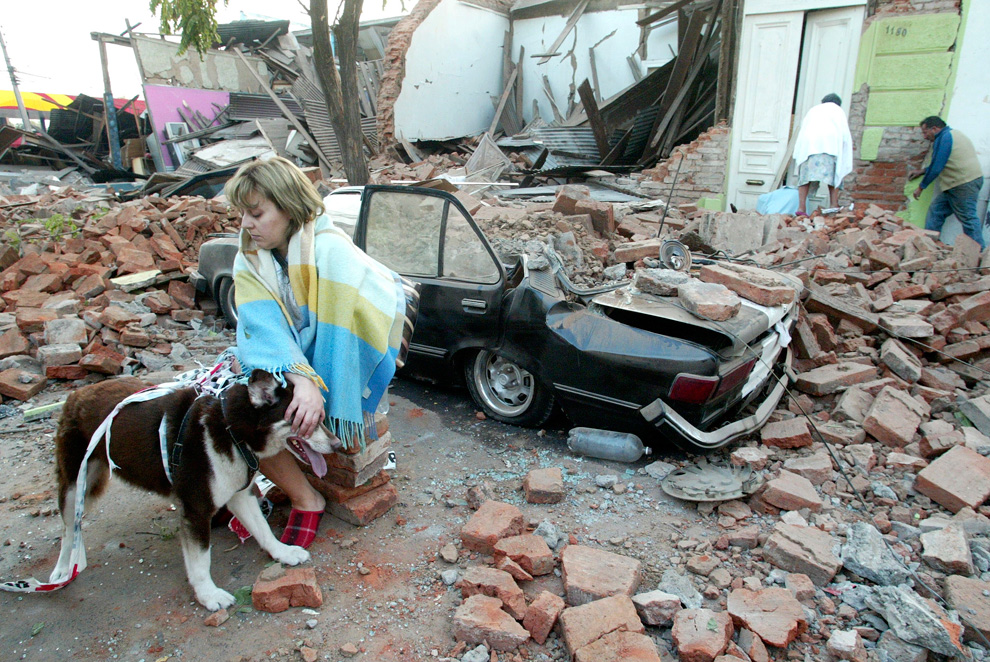 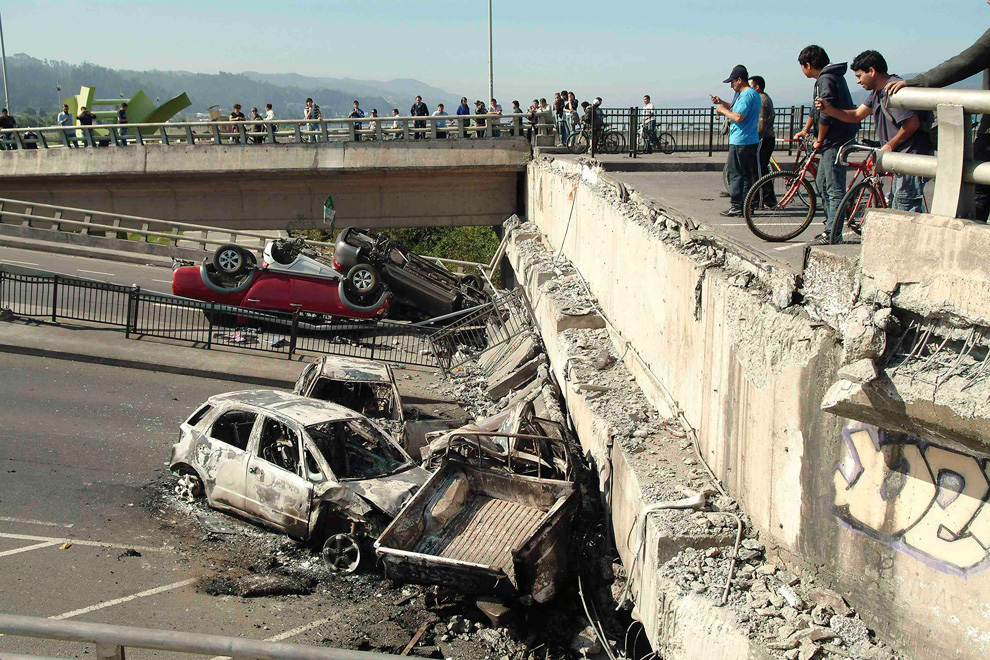 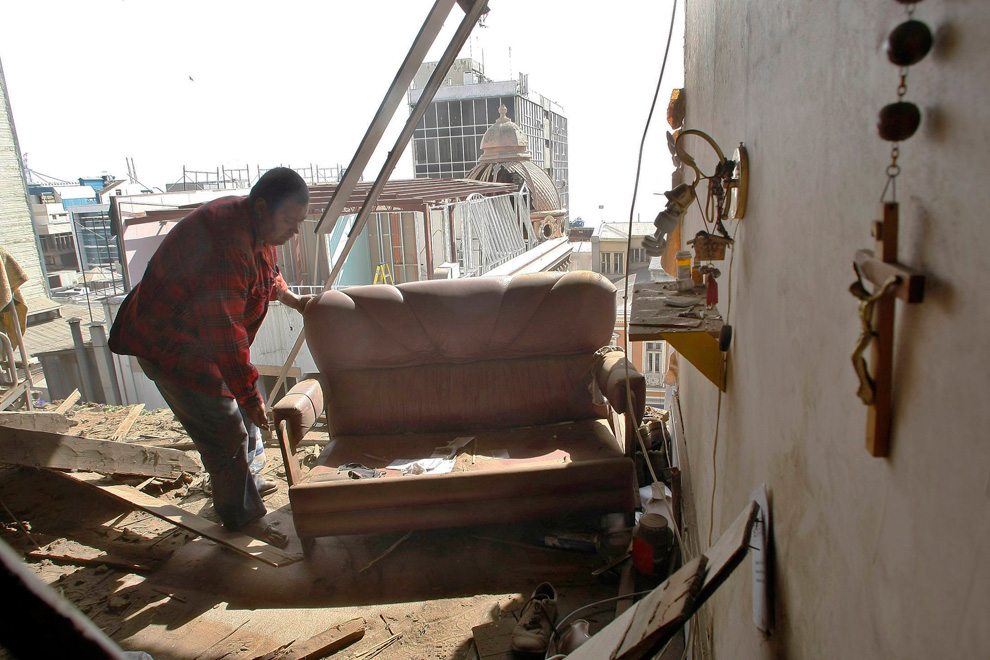 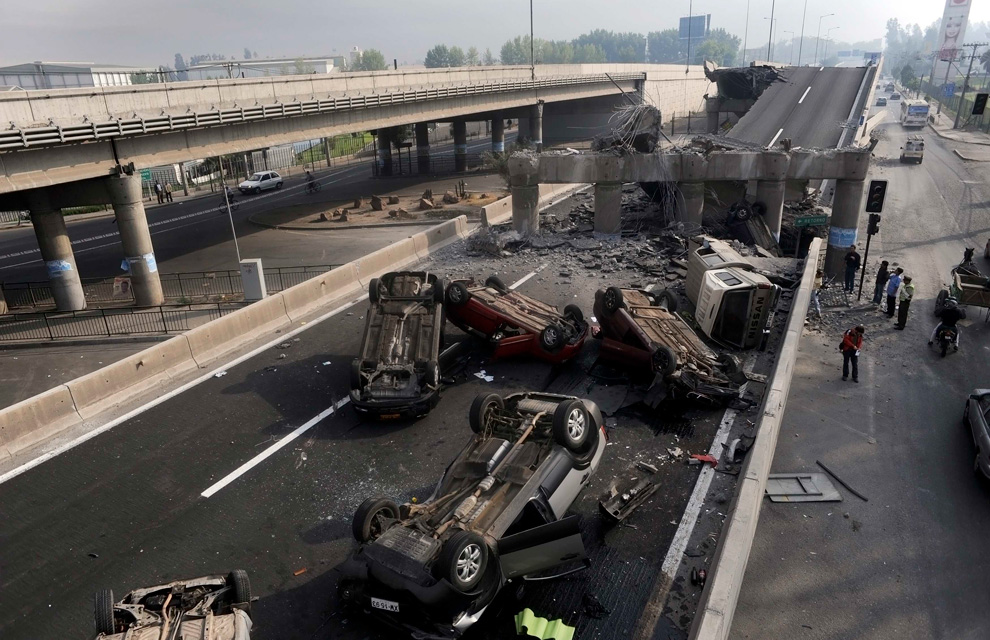 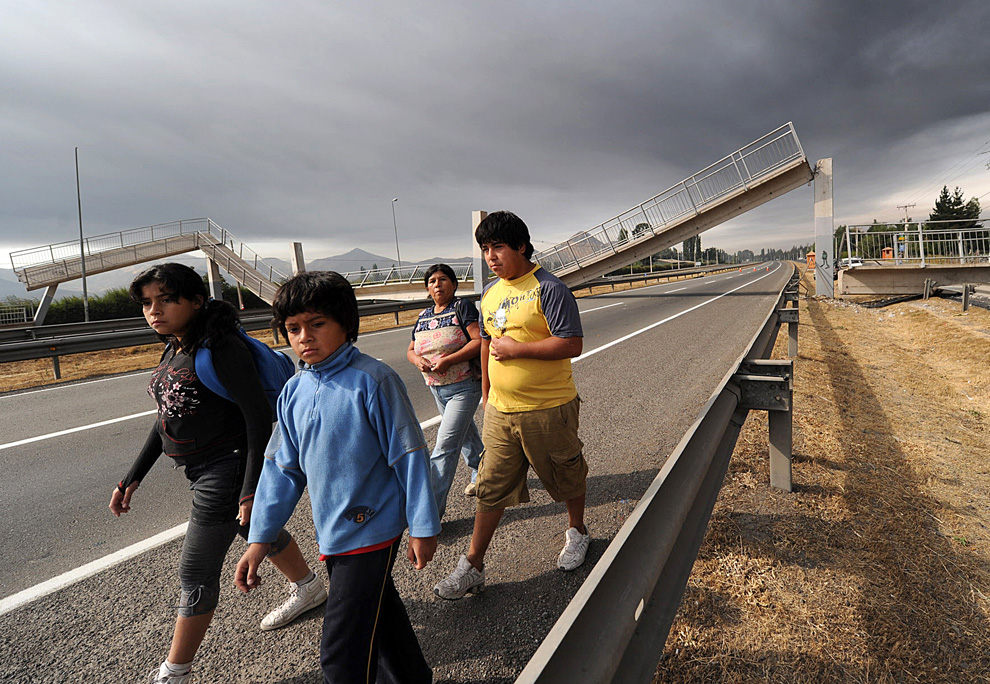